Sports - A passion to Excel 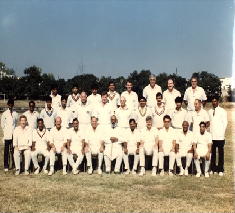 A passion for sports, and the spirit of sportsmanship, has defined an enduring facet of Shriji Arvind Singh Mewar's personality. Graciously retired from the sportsfield, Shriji is now a committed patron to whom sportsmen and sport-lovers turn for advice and assistance.


Cricket has been a passion for Shriji Arvind Singh Mewar. He followed in the footsteps of his illustrious father, His late Highness Maharana Bhagwat Singhji and took to the sport at an early age.

Maharana Bhagwat Singhji has been hailed as the architect of cricket in Mewar and Rajasthan. He made his debut in Ranji Trophy as Rajasthan’s skipper in 1945-46 and began an eventful career as a cricketer for almost two decades.

Maharana Bhagwat Singhji has been hailed as the architect of cricket in Mewar and Rajasthan. He made his debut in Ranji Trophy as Rajasthan’s skipper in 1945-46 and began an eventful career as a cricketer for almost two decades. 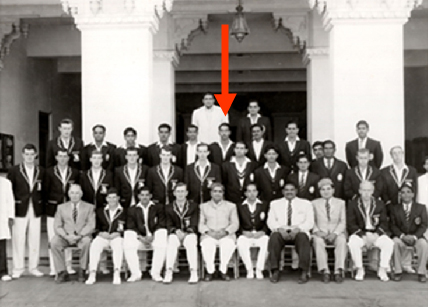 Subsequently, he became captain of the Rajasthan University team and the Udaipur University team. He played in various inter-university tournaments and had the honour of playing Ranji Trophy matches under his father’s captaincy.

Shriji Arvind Singh Mewar made his debut in the Ranji Trophy tournament on December 15, 1961 against Vidarbha at a match being played at the Bhopal Nobles’ College ground. He opened the innings and then played a steady knock along with his father. It was a rare sight to see a father and son together at the crease. They played in several Ranji Trophy matches later: against Uttar Pradesh and Madhya Pradesh before Maharana Bhagwat Singhji retired from active cricket in 1962.

Shriji Arvind Singh Mewar remained an active cricketer through the 1960s and 1970s. 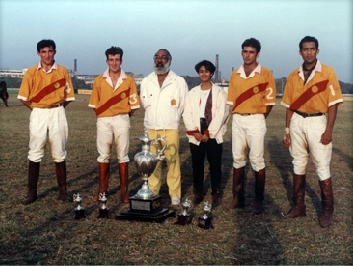 POLO: The Game of Kings

Shriji Arvind Singh Mewar has been spearheading the movement to professionalize the sport of polo. His patronage to polo has won him worldwide acclaim; he is widely acknowledged as having single-handedly transformed Indian polo with his private patronage and zeal to offer the best polo-ponies for players and polo-fields for the challenging sport.

The endeavour for Shriji has been to keep alive the 200-year-old association of the sport with the House of Mewar. Shriji was a proficient polo-player himself in the 1970s before he gave up the sport due to medical reasons. But his love for the sport only grew with the passage of time. By the early 1980s, he became one of the biggest private promoters of polo in India.

To showcase his commitment to professional polo in England, Shriji instituted ‘The Udaipur Cup’ at the Cambridge and Newmarket Polo Club.

In Udaipur, Mewar Polo was formed as a polo team with professional players who had been handpicked and specially trained for Indian tournaments.

In an interview Shriji was quoted, “I want to create opportunities for young and talented polo players in India to become world-class professionals. These players should be able to support themselves through polo and enjoy a high quality of life, just as cricketers and golfers are doing.” This was why Mewar Polo believed in instituting attractive prize-money and awarding incentives for polo players in every match.

For Mewar Polo, 1991 was a historic year. The Mewar Polo team lifted the prestigious President’s Cup defeating the 61st Cavalry players in a nail-biting final still remembered by polo enthusiasts. The Times of India (January 9, 1991) commented, “Mewar inflicted a heavy or rather the worst defeat on 61st Cavalry.” There were more celebrations in store for Mewar Polo as the team also lifted the Oberoi Cup.

At the heart of Mewar Polo’s success is the Imperial Riding & Polo Club that has been breeding, training and caring for polo ponies at Shikarbadi in Udaipur. The Club is a member of the Indian Polo Association and actively encourages young polo players to dedicate themselves to the sport.

The Udaipur Equine Institute was established in Udaipur as a registered society. It has been rearing and grooming polo ponies; the famous Marwari breed of ponies has continued to be bred and trained here.

The Institute has been preserving rare bloodlines.

Shriji Arvind Singh Mewar’s commitment to polo has grown over the years with the establishment of Ramgarh Resort & Polo Complex in Ramgarh, near Jaipur. The Resort is India’s only polo-destination and under the guidance of senior professional players like Lokendra Singh Rathore, the Resort has become the training ground for amateurs and professional players, besides hosting championships for all-India polo teams. 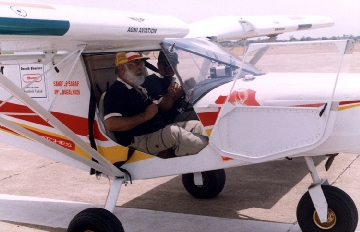 Aviation: Sky is the limit

Since 2000, Shriji Arvind Singh Mewar has been discovering aviation as a sport. He has become an avid pilot and has done solo flights across India on the microlite aircraft that is stationed at Shikarbadi airport.

Shikarbadi Airport in Udaipur is a few years ahead of its time, said Shriji in an interview to a foreign television network. “I can see the need for a city airport in Udaipur and very soon Shikarbadi would be fulfilling that need,” he said. Today Shikarbadi Airport has a short air-strip, ideal for small and sports aircraft; the communication network and the hangar have ensured safety and compliance to governmental regulations. Shriji, as a keen aviator, has been overseeing the development of the private airport, along with trained pilots and airport staff.

In June 2002, as patron-in-chief, Shriji Arvind Singh Mewar facilitated the Wings of India Microlite Aircraft Expedition. It put Shikarbadi Airport on the international aviation map as the Expedition took off from Udaipur to Wisconsin, USA. The Expedition was supported by Indian Airlines, Tata Group, Titan, Indian Oil, Government of India Department of Tourism, Rajasthan Tourism, Dainik Bhaskar, Aero Club of India and the HRH Group of Hotels, Udaipur.

Today Shikarbadi Airport is the preferred airfield for flight training of National Cadet Corps (NCC) pilots who are flying microlite aircraft. It is an ideal setting for aero-modelling enthusiasts too; M.K Lakshyaraj Singh Mewar, the young son of Shri Arvind Singh Mewar, is keenly interested in aero-modelling and remote-flying of the model planes.