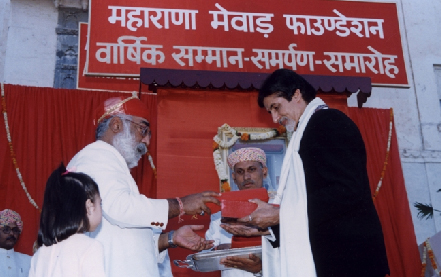 The principles of custodianship form of governance, which have defined the House of Mewar, are exemplified in the foundations and trusts established over the years. Public and private charitable trusts are today instrumental in discharging the social and moral responsibilities being upheld by Shriji Arvind Singh Mewar, the 76th Custodian of the House. He is conscious of his responsibilities and acutely aware of the legacies that he shoulders in the 21st century. As he said, in one of his press interviews, "life is all about shouldering responsibilities, not counting the Rolls-Royces in The Palace Garage." 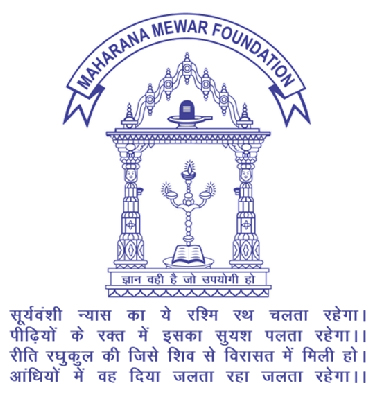 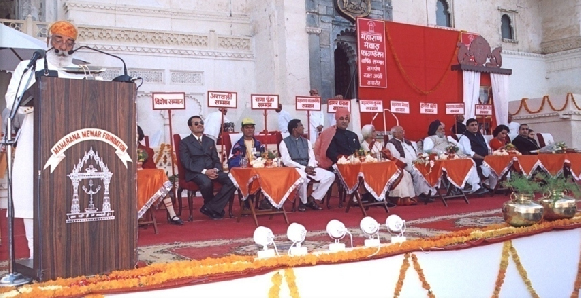 Shriji Arvind Singh Mewar of Udaipur, the 76th Custodian of the House of Mewar, is the Chairman and Managing Trustee of Maharana of Mewar Charitable Foundation, Udaipur. He has carried forward the vision of his father, His late Highness Maharana Bhagwat Singhji, by giving utmost importance and showing keen interest in the preservation of heritage.

The Maharana of Mewar Charitable Foundation (MMCF), Udaipur was instituted to serve and assist each & every individual to realise a special status in the hierarchy of God's creation, and to serve as a Temple of Inspiration to future generations. The Foundation was founded upon principles of trusteeship, which are its underlying structure and strength. The objective is to make Udaipur a destination for ‘pursuit of excellence’.

By the Constitutional Amendment Act of 1971, the erstwhile sovereigns of the Princely States of India, became ordinary citizens of the democratic Republic of India. The rulers were reduced by the abrupt removal of that respect which they had earned through centuries of service.

His late Highness Maharana Bhagwat Singhji of Mewar, was concerned, on the one hand, how to make practical commercial use of all his buildings and on the other, how to continue a time honoured and cherished tradition. In 1969, Bhagwat Singh established a Charitable Trust to which he donated the main portions of the City Palace, as well as a considerable endowment and artefacts.

Thus, the Maharana Mewar Charitable Foundation came into existence on the 20th day of October 1969. Its funds derive both from interest on the original endowment and from entrance fees to the City Palace complex, now a world class museum open to the public.

Under the umbrella of the MMCF, individuals are also provided with the means to obtain vital medical treatment. Over the years, this has ranged from open-heart surgery and kidney and other organ transplants, to all manner of cancer treatment, broken limbs, and the provision of medicines and food for the infirm, for orphans and the poor. Equipment for hospitals and caring for the poor is also part of the agenda for these trusts. A dispensary within the City Palace complex provides free treatment and medicine. 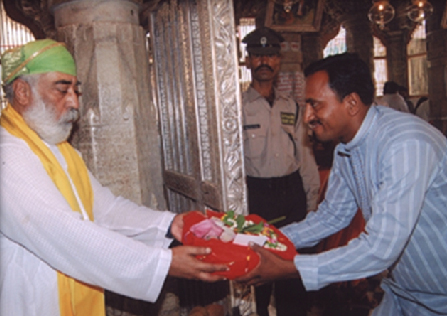 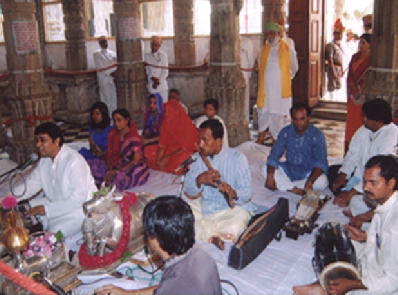 The upkeep and expenses of religious establishments and the encouragement of spiritual practice in practical terms are among the several important types of charitable deeds, which the Vedic scriptures describe in some detail. In accordance with this, the Maharana's charitable trusts include areas that are devoted specifically towards spiritual and religious purposes. There are provisions made for scholars and students of religion and for those studying social welfare activities. Also, for the restoration and conservation of temples and religious sites, for the preservation and perpetuation of customary and traditional religious ceremonies, and for the provision of a library and reading room facilities in connection with these studies, His late Highness Maharana Shri Bhupal Singhji of Mewar, created the Shree Eklingji Trust in April 1955.

This Trust was instituted with the express purpose of providing for:

The protection of Shri Eklingji, its ruling deity namely Shri Parmeshwaraji Maharaj and all other deities, the performing of pujas (prayer ceremonies), and maintaining the customary mores of worship are the covenants of this Trust. Shri Parmeshwaraji Maharaj, the principal deity of Shri Eklingji Temple is the personal family deity of the Maharanas of Mewar. Founded by Bappa Rawal, the shrine itself is as old and ancient as the State of Mewar.

The objectives of the trust are looking after the Worship of the ruling deity of Shri Eklingji temple and all deities, which have been worshipped through the agency of the temple. 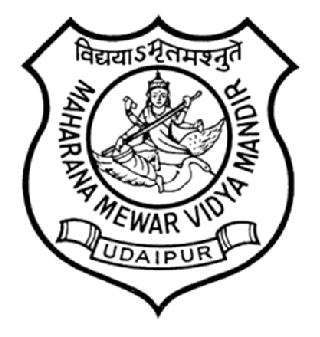 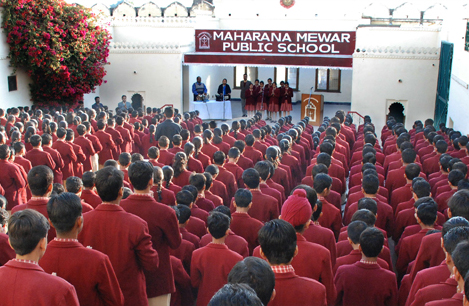 An important element of the Maharana's charities is its focus on education at both the pedagogic and adult literacy levels. Education is a vital step towards the improvement and understanding of life both for the individual and the community. Education is the gift parents most desire for their child, it is beyond price. It creates opportunities - it gives individuals the chance to help themselves, to be self-reliant and have self-respect, and by this means help those around them. The meaning of education however is far wider and even more vital than formal studies undertake in schools, colleges and universities.

The Vidyadan Trust, through the MMCF gives support to individuals from primary school through to advanced studies and even to the post-graduate level. This assistance can also extend to studies abroad and to attending international conferences and symposia. With the support and help of the MMCF, recipients have been able to present papers at forums in various academic establishments. Scholars have contributed within India and also at international conferences such as Cambridge University (UK), International Geology Conference in Kyoto (Japan), and various other international conferences as far a field as Washington DC, Vancouver (Canada), Dunedin (New Zealand) and others. Support and assistance is also given to teaching establishments for maintenance, for provision of equipment and books, and for teacher training. Vocational training, in all types of crafts and trades, is provided at the Maharana Mewar Technical and Vocational Institute and at other colleges where appropriate.

Maharana Shambhu Singh built the first school for girls in Udaipur in 1866, and during the reign of Maharana Bhupal Singh (1930-1955) more schools, including a number of schools, specifically for girls, were opened. (Bhupal Singh also established the Rana Pratap Hindi University at Chittor, and an Agricultural College at Udaipur)